A deadbolt lock also known as a deadlock is a type of locking mechanism for security purposes which is quite different from its counterpart the spring bolt lock. It is impossible to move the deadbolt lock to an open position without the use of the right key rotating it to the right position which is why it is known as one of the top security locks any homeowner can have in their house. Having a deadbolt lock in your house simply means, you have made your door or doors more resistant to entry without the correct key and process.

When it comes to securing your home or business and protecting your goods and properties, it is best to take precautionary measures instead of putting yourself in a remorseful position or having regrets. One easy and effective way of securing your properties and buildings is to install deadbolt locks on your door which has a lot of advantages. Dallas locksmith service which is the SOS locksmith services has been delivering locksmith services by our professionals and qualified servicemen in Dallas and the whole of Texas for 20 years and counting. 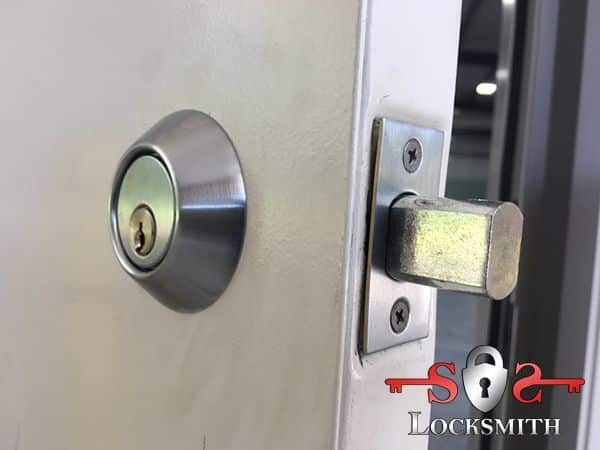 It is no news burglars and hooligans can bypass normal locks due to its spring mechanism or even break them with crowbars or something else, but due to a deadbolt strong design, trying to force them open is almost impossible. Due to its strong nature, the deadbolt takes more time to break open or destroy which hinders the thief’s ability to perform operations quickly as possible thereby increasing the chance of getting caught.